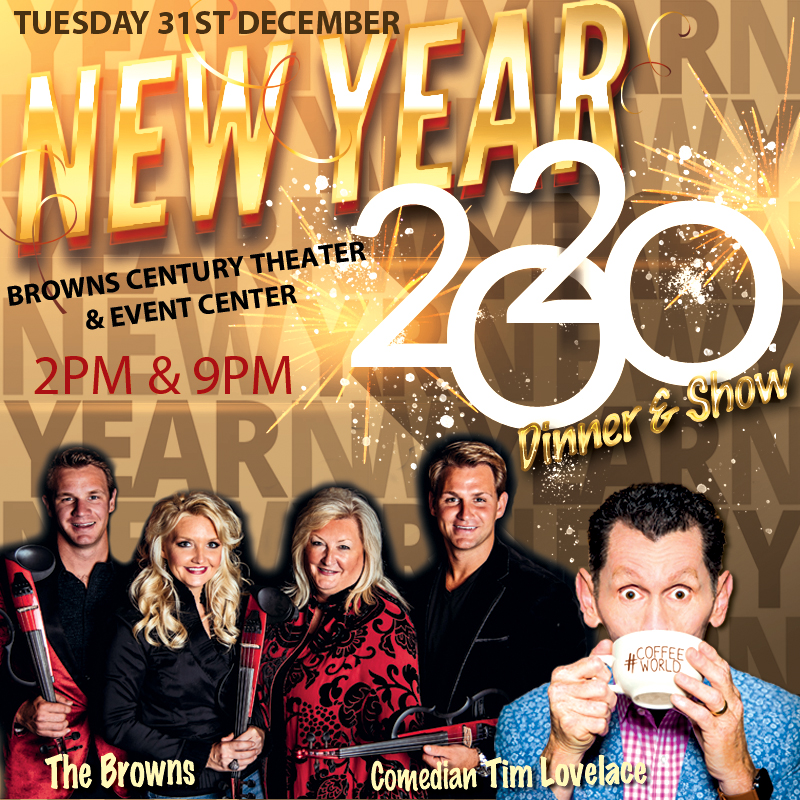 The Browns Theater have announced who their special guest will be this year for their 5th Annual New Years Eve Event In Le Mars, Iowa. Comedian Tim Lovelace will be sharing his stories, humor and songs during two shows on New Years Eve. The Browns, who will have just wrapped up an extensive Christmas season, will be bringing you some new music set to be released in the spring of 2020.Comedy, laughter, music, food and fun will be the name of the game at The Browns Century Theater this New Years Eve. Tickets go on sale in November!

The Browns in Concert